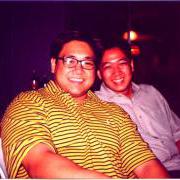 A young man of kindness and great wit, Rhonyll “Bong” Seballos lived life with great passion and determination. He was born and raised in the Philippines until the age of 9, when he and his family immigrated to the United States. After graduating from Lee High School, he attended Virginia Tech. He joined FASA in 1991 and played a major role in recruiting new members. His appreciation for his culture was evident and inspired other young Filipino Americans to follow suit and learn more about the meaning of being “Filipino”. As an alumnus, he remained active in the social scene and mentored many of the incoming freshmen members of FASA. At the age of 28, Bong passed away while vacationing in the Philippines. Rhonyll’s legacy remains throughout the Virginia Tech Filipino American Student Association, with its members and alumni, and in his family and friends. This scholarship fund is a way of keeping his spirit alive, while helping others reach their scholastic dreams.

To learn more information about the requirements regarding the scholarship please follow the link below: